This action will force synchronization from ApolloAuto/apollo, which will overwrite any changes that you have made since you forked the repository, and can not be recovered!!!

How to Launch and Run Apollo

First check and make sure you are in development docker container before you proceed. Now you will need to build from the source. If you want to run the entire system, make sure you have an nVidia GPU and that you have installed the Linux nVidia drivers. You could still proceed with the next few steps even if you are missing the Linux nVidia drivers, as the system will run but with the CUDA-based perception and other modules.

If you do not have an nVidia GPU, the system will run but with the CUDA-based perception and other modules. You must specify either dbg for debug mode or opt for optimized code

If you make modifications to the Dreamview frontend, then you must run ./apollo.sh build_fe before you run the full build.

If the computer is very slow, you can enter the following command to limit the CPU.

Follow the steps below to launch Apollo. Note that you must build the system first before you run it. Note that the bootstrap.sh will actually succeed but the user interface will not come up if you skip the build step.

Running Apollo will start the ROS core and then startup a web user interface called Dreamview, this is handled by the bootstrap script, so from within the docker container, you should run:

Access Dreamview by opening your favorite browser, e.g. Chrome, go to http://localhost:8888 and you should see this screen However, there will be nothing running in the system. 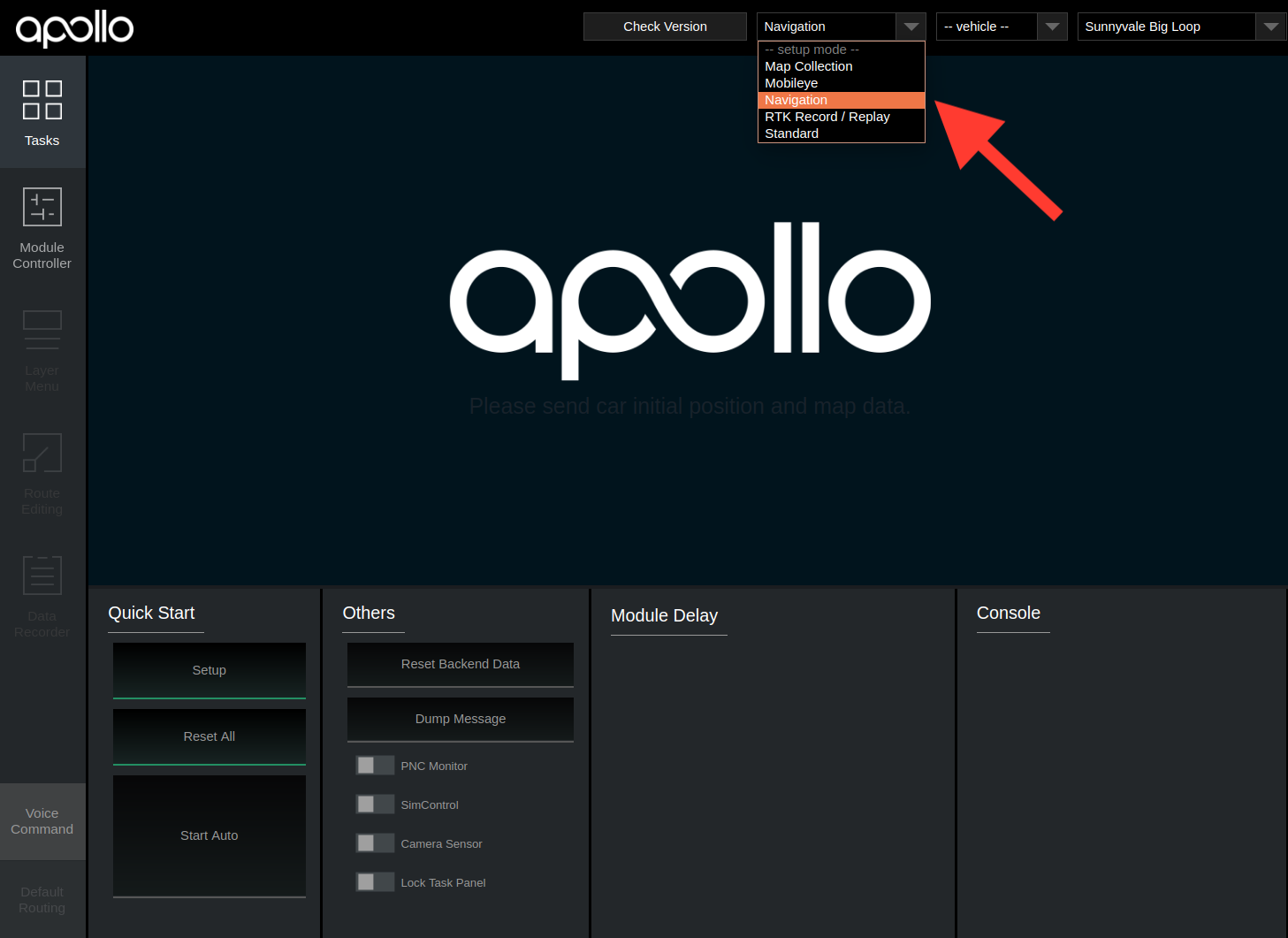 To see if the system works, use the demo 'record' which feeds the system.

Dreamview should show a running vehicle now. (The following image might be different due to changes in frontend.) 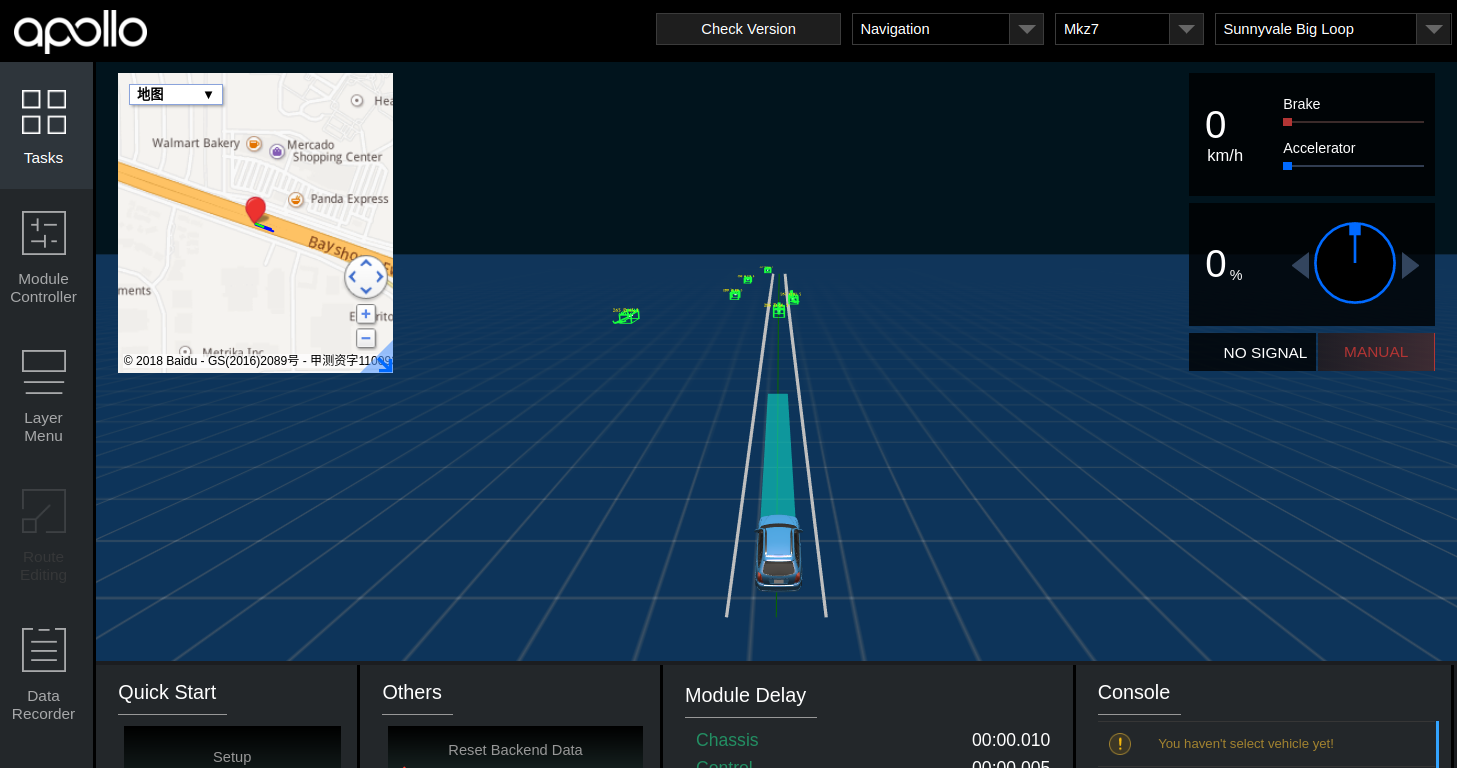 Congratulations! You have successfully built out Apollo!! If you do have the necessary Hardware setup, please go back to our Readme for additional guidelines.

Report success
We will send you the feedback within 2 working days through the letter!
Please fill in the reason for the report carefully. Provide as detailed a description as possible.
Please select a report type
Cancel
Send
Apollo (阿波罗)是一个开放的、完整的、安全的平台，将帮助汽车行业及自动驾驶领域的合作伙伴结合车辆和硬件系统，快速搭建一套属于自己的自动驾驶系统 spread retract
C
Apache-2.0
Use Apache-2.0
Cancel
No release
load more
can not load any more
C
1
https://gitee.com/lhp625/apolloauto.git
git@gitee.com:lhp625/apolloauto.git
lhp625
apolloauto
apollo
master
Going to Help Center