eDEX-UI is a fullscreen, cross-platform terminal emulator and system monitor that looks and feels like a sci-fi computer interface.

Heavily inspired from the TRON Legacy movie effects (especially the Board Room sequence), the eDEX-UI project was originally meant to be "DEX-UI with less « art » and more « distributable software »".

While keeping a futuristic look and feel, it strives to maintain a certain level of functionality and to be usable in real-life scenarios, with the larger goal of bringing science-fiction UXs to the mainstream.

Want to help support my open-source experiments and learn some cool JavaScript tricks at the same time?

Click the banner below and sign up to Bytes, the only newsletter cool enough to be recommended by eDEX-UI. 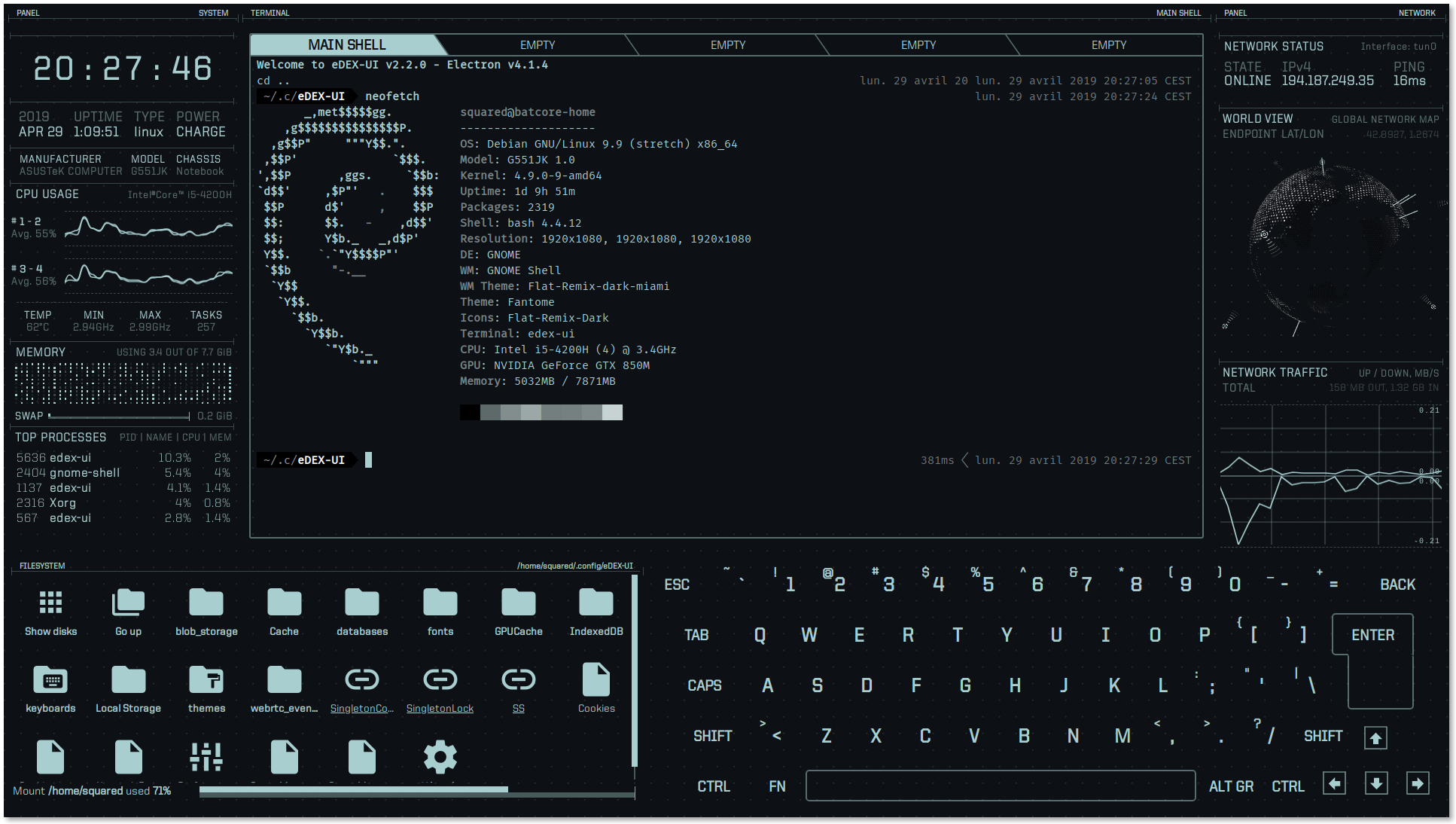 neofetch on eDEX-UI 2.2 with the default "tron" theme & QWERTY keyboard

Checking out available themes in eDEX's config dir with ranger on eDEX-UI 2.2 with the "blade" theme 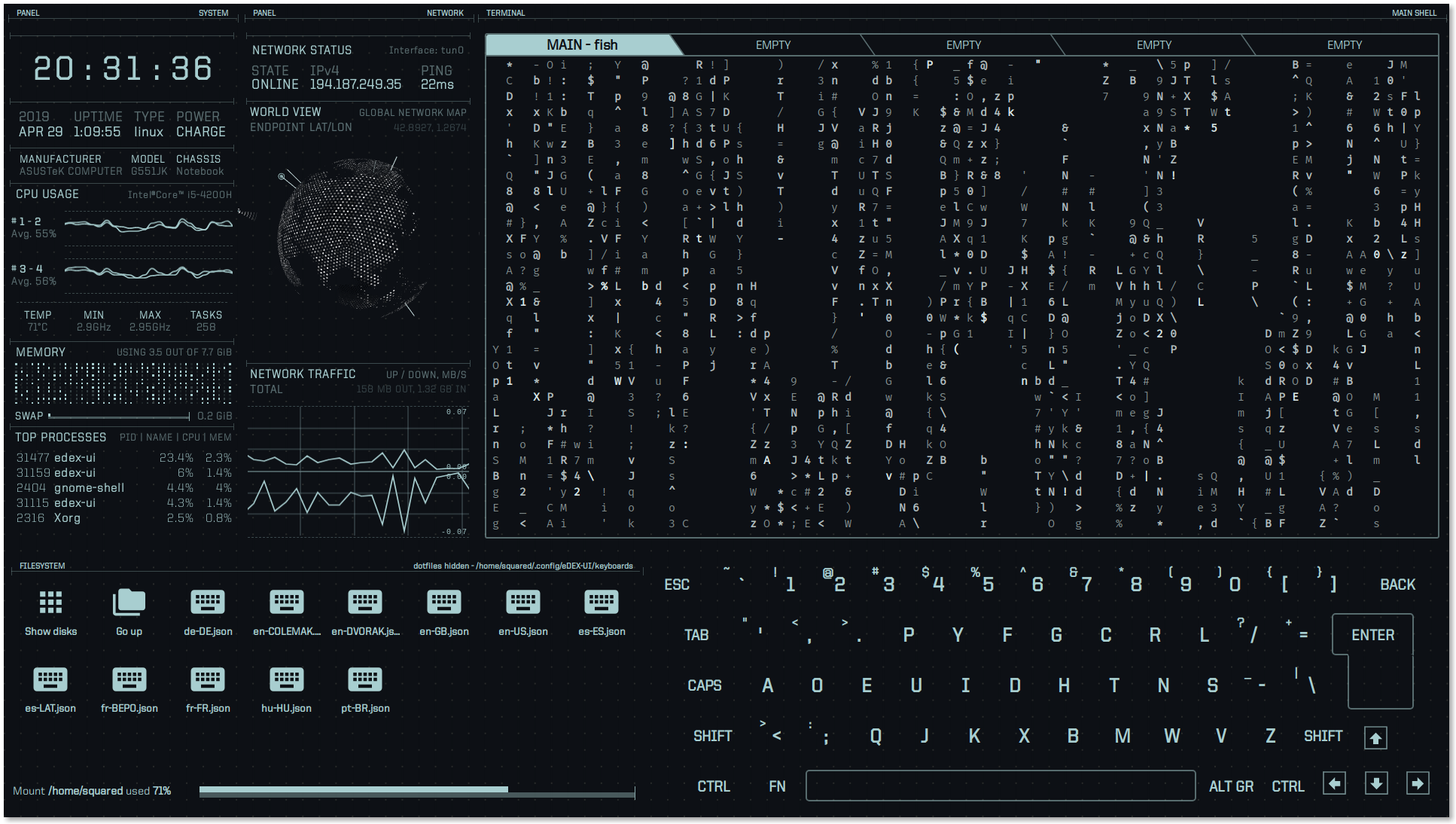 Click on the little badges under the eDEX logo at the top of this page, or go to the Releases tab, or download it through one of the available repositories (Homebrew, AUR...).

Public release binaries are unsigned (why). On Linux, you will need to chmod +x the AppImage file in order to run it.

I have a problem!

Search through the Issues to see if yours has already been reported. If you're confident it hasn't been reported yet, feel free to open up a new one. If you see your issue and it's been closed, it probably means that the fix for it will ship in the next version, and you'll have to wait a bit.

Can you disable the keyboard/the filesystem display?

You can't disable them (yet) but you can hide them. See the tron-notype theme.

Why is the file browser saying that "Tracking Failed"? (Windows only)

On Linux and macOS, eDEX tracks where you're going in your terminal tab to display the content of the current folder on-screen. Sadly, this is technically impossible to do on Windows right now, so the file browser reverts back to a "detached" mode. You can still use it to browse files & directories and click on files to input their path in the terminal.

Can this run on a Raspberry Pi / ARM device?

We provide prebuilt arm64 builds. For other platforms, see this issue comment, and the thread on issue #818.

Is this repo actively maintained?

How did you make this?

This is so cool.

Thanks! If you feel like it, you can buy me a coffee or sponsor me on GitHub to encourage me to build more awesome stuff.

Useful commands for the nerds

IMPORTANT NOTE: the following instructions are meant for running eDEX from the latest unoptimized, unreleased, development version. If you'd like to get stable software instead, refer to these instructions.

Note: Due to native modules, you can only build targets for the host OS you are using.

The script will minify the source code, recompile native dependencies and create distributable assets in the dist folder.

Getting the bleeding edge

If you're interested in running the latest in-development version but don't want to compile source code yourself, you can can get pre-built nightly binaries on GitHub Actions: click the latest commits, and download the artifacts bundle for your OS.

eDEX-UI's source code was primarily written by me, Squared. If you want to get in touch with me or find other projects I'm involved in, check out my website.

PixelyIon helped me get started with Windows compatibility and offered some precious advice when I started to work on this project seriously.

IceWolf composed the sound effects on v2.1.x and above. He makes really cool stuff, check out his music!

Of course, eDEX would never have existed if I hadn't stumbled upon the amazing work of Seena on r/unixporn.

This project uses a bunch of open-source libraries, frameworks and tools, see the full dependency graph.

I want to namely thank the developers behind xterm.js, systeminformation and SmoothieCharts.

Huge thanks to Rob "Arscan" Scanlon for making the fantastic ENCOM Globe, also inspired by the TRON: Legacy movie, and distributing it freely. His work really puts the icing on the cake.

Report success
We will send you the feedback within 2 working days through the letter!
Please fill in the reason for the report carefully. Provide as detailed a description as possible.
Please select a report type
Cancel
Send
eDEX-UI 是一个全屏且跨平台、可定制的终端模拟器，具有先进的监控和触摸屏支持 expand collapse
No labels
https://www.oschina.net/p/edex-ui
JavaScript
GPL-3.0
Use GPL-3.0
Cancel
No release
load more
can not load any more
About
Homepage
JavaScript
1
https://gitee.com/mirrors/eDEX-UI.git
git@gitee.com:mirrors/eDEX-UI.git
mirrors
eDEX-UI
eDEX-UI
master
Going to Help Center 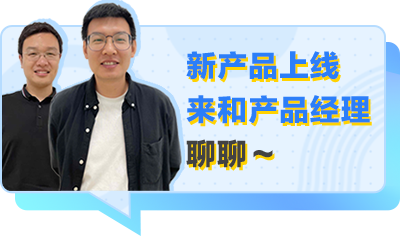