Using SSH requires a supported SSH client, that you have key based authentication configured for the remote host, and that the key is imported into your local SSH agent. See the article on using SSH Keys with Git for details on configuring the agent and adding your key. 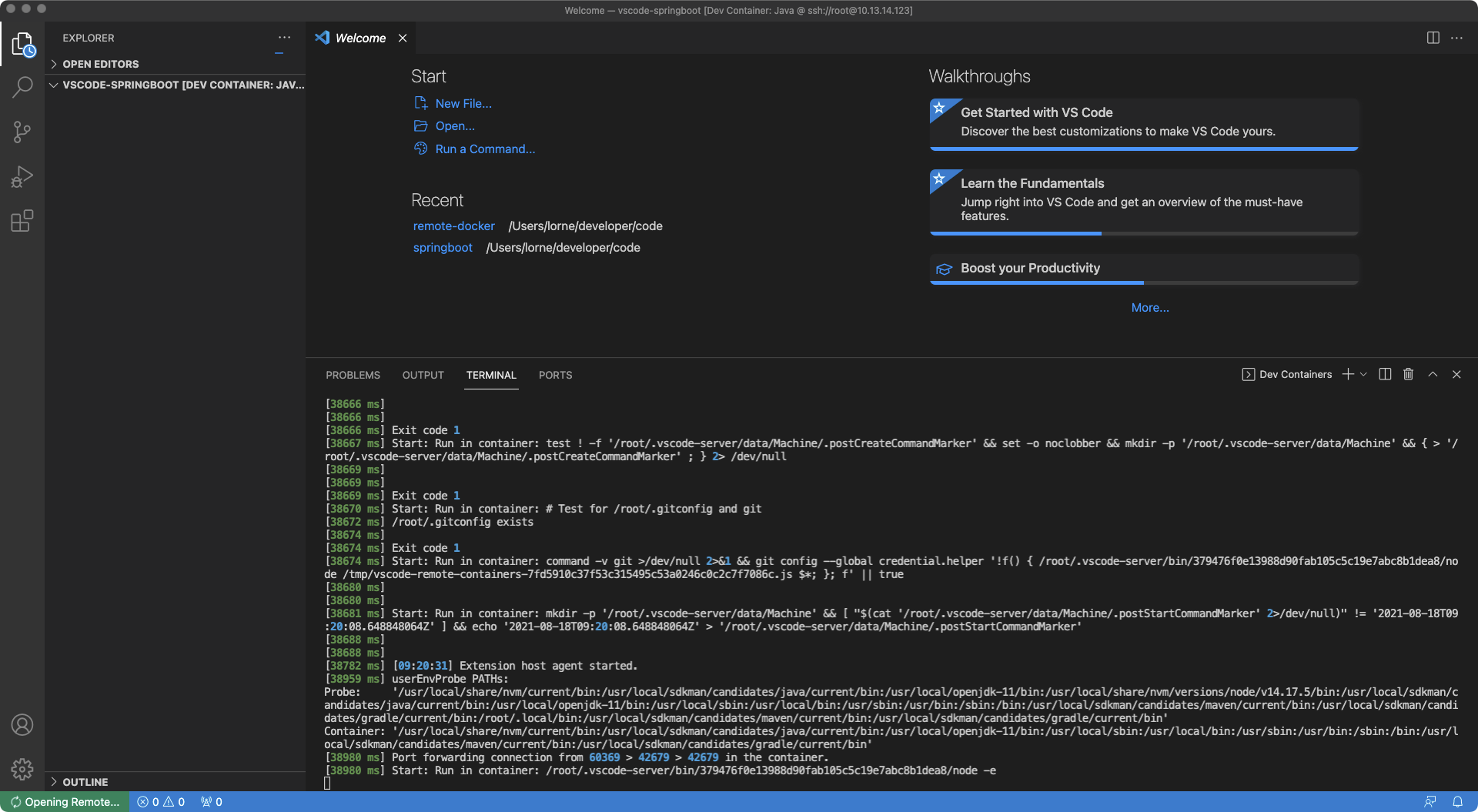 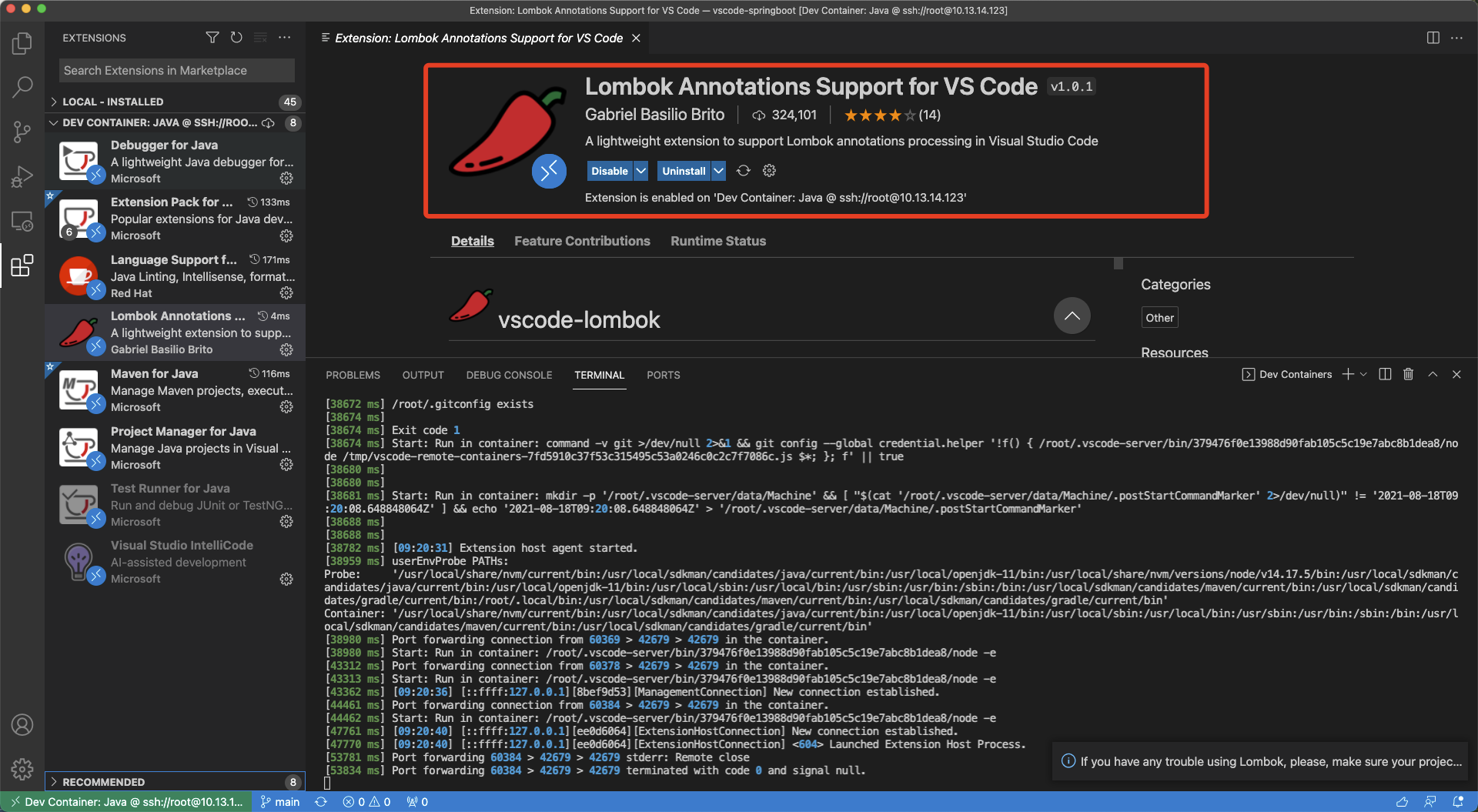 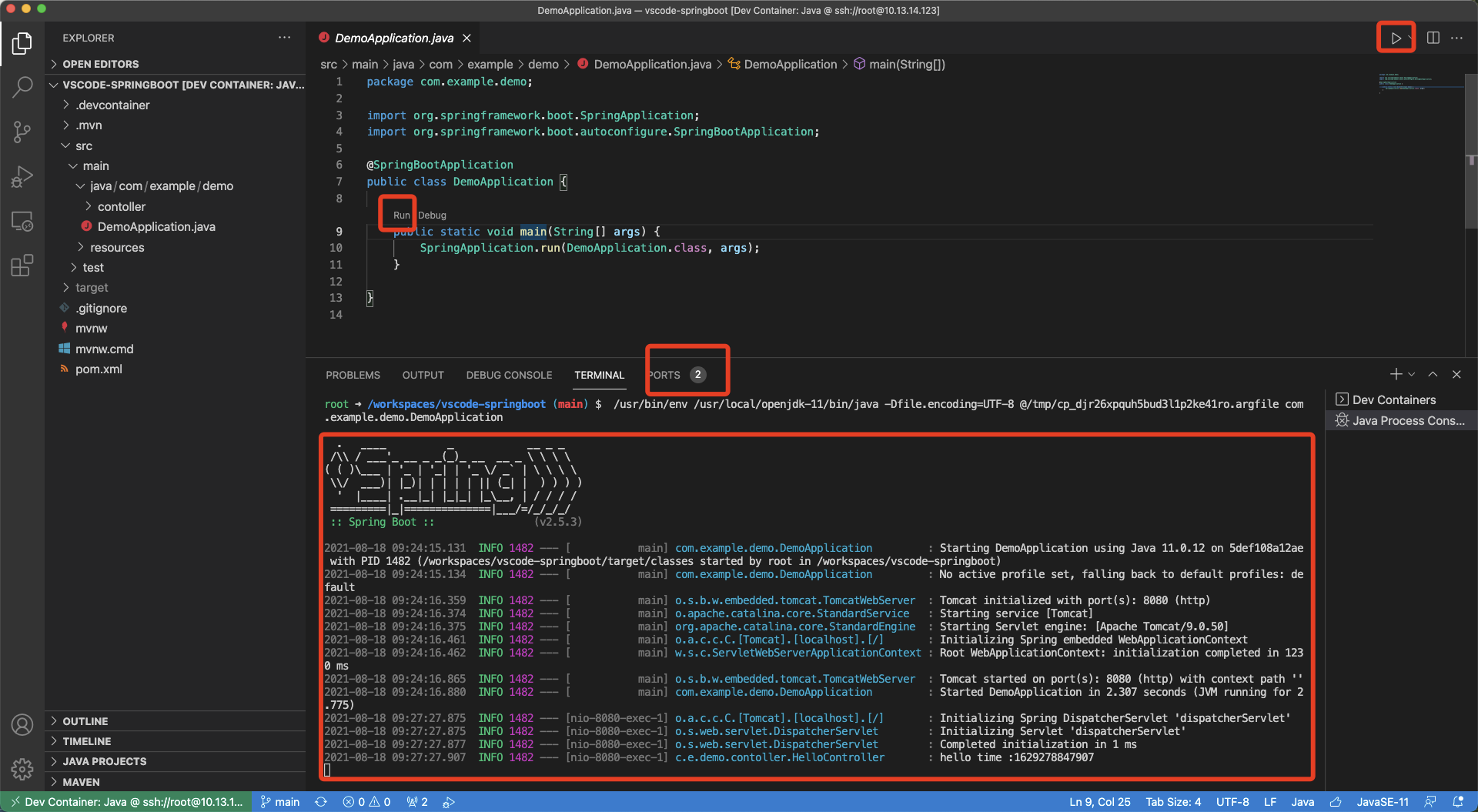 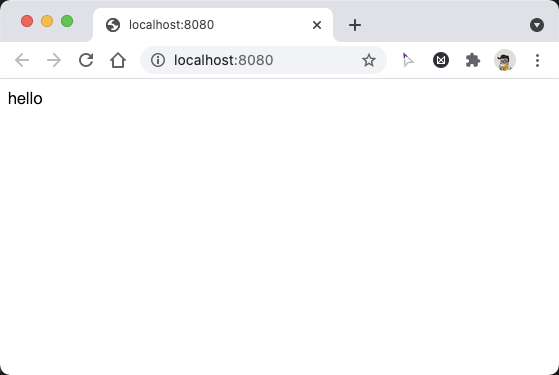 There's two variations of this setup. The first is to create your remote dev container first, and then clone your source code into a named volume since this does not require you to have direct access to the filesystem on the remote host.

Here is a basic devcontainer.json example of this setup:

In fact, the Remote-Containers: Clone Repository in Container Volume... command in the Command Palette (F1) uses this same technique. If you already have a devcontainer.json file in a GitHub repository that references an image or Dockerfile, the command will automatically use a named volume instead of a bind mount - which also works with remote hosts.

Update the workspaceMount property in the example above to use this model instead:

In either case, to try it out, run Remote-Containers: Open Folder in Container..., and select the local folder with the .devcontainer.json file in it.